Two days of sunshine was all the Scottish climate could handle, and it repaid such wanton extravagance with downpours. Clad all over with high-tech plastics, we quite joyously headed for that most unusual of things on this trip—a mid point with facilities; a lunching place; civilisation half-way between civilisations. Fort Augustus. And with it, the start of Loch Ness. Very exciting. 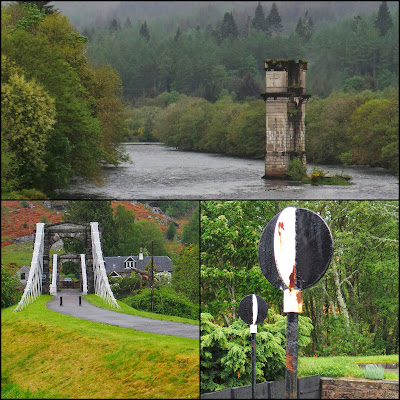 The walk we are doing can be done, in the same number of days, by kayak. And there were two groups of people we kept encountering along the way. It is against the current, and at the various locks they have to remove their kayaks and wheel them, fully loaded as they are with all their gear, through the whole lock system: there is no operation of the lock mechanisms for anything so insignificant as a kayak. There is something intriguing about kayaking everywhere, but I am sure it would end up being as labour intensive and sometimes down-right miserable as walking. No way of travelling is perfect. Or I am yet to find one. Have you? Everything has its pros and cons. 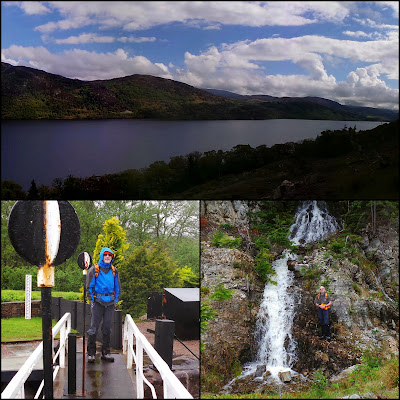 Top: Along Loch Ness
Bottom Left: V—— amongst the lock furniture
Bottom Right: One of at least a million waterfalls seen so far

Soup and sandwiched up we headed out along the forest paths along Loch Ness. We had booked into a hobbit hut on the shores of Loch Ness for the night. Our hobbit hut was, as you can see, called Aragorn. THE Aragorn, son of Arathorn, a.k.a Strider. Which proves once and for all that Strider is, and has always been, mine! This is a long debated discussion of stupendous unresolvability between me and my best friend. Just because you fancy Viggo does not mean Strider is yours. The purity of claiming Strider as yours is being the first (of the two of us) to 'read' the character, it usurps all other claims merely involving ugly-chinned actors disguising that fact well under a bushy beard. But now it's settled. Well, it would be if I was telling the truth. We really stayed in Legolas. 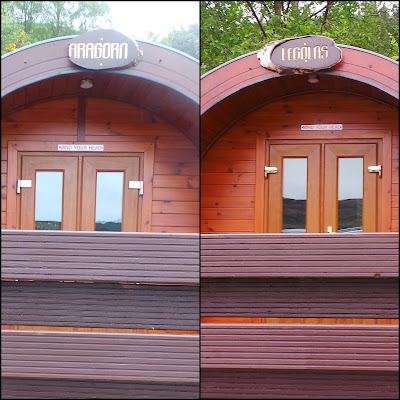